This week (Nov 8 – 12) I am participating in Endless Orange Week, a program where the entire Endless team engages in projects designed to grow our collective learning related to our skills, work and mission.

We propose a project, that could be anything, and then work during the whole week, without distraction. I've choosed to work on the Hack project, that's a really nice project that needs some love, because since the past year, we have other priorities, so there's no time to improve the Hack app. 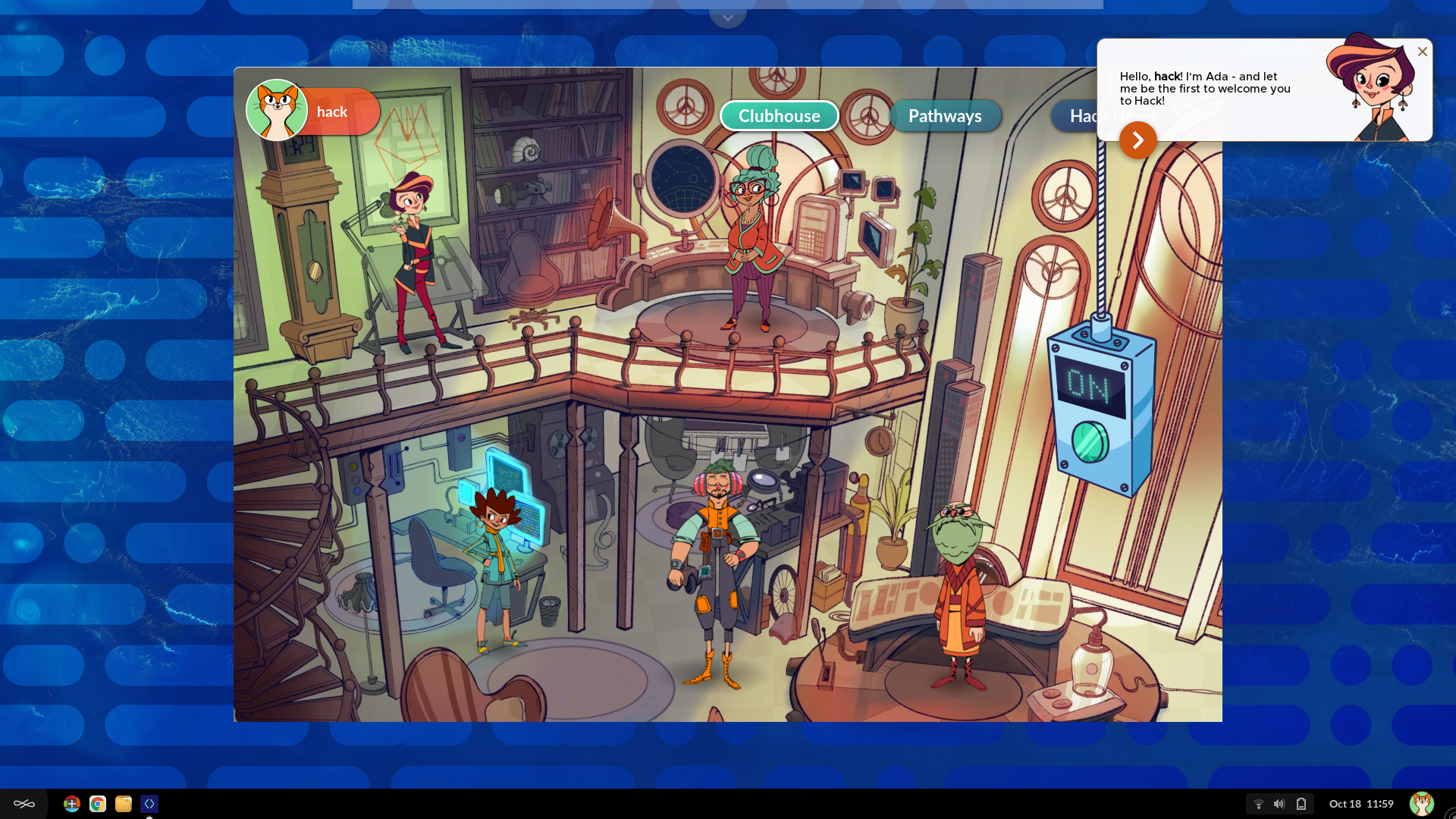 The Hack application is a "Quest" launcher, and each Quest is an interactive learning experience, a guided introduction to some technology or topic.

Quests are just python scripts, with a simple library to expose messages to the user, ask questions, or wait for desktop events, like launch an application, focus an application, etc. And all these Quests are inside the application, and are created by the Hack team and released with a new Hack app flatpak.

The main idea of the project is to provide a simple Quest editor to allow any Hack user to create and share their our Quests.

To have this Hack content creators platform we'll need:

The Quests will be written using the Ink language, and there's something done before. The first idea is to just provide a text editor and some helpful information about the format, and maybe a button to validate. But if there's time we can use something advanced or even integrate the Inky editor.

Each Quest has a main character, and we've five in the Hack app right now, but it could be great to be able to define new ones for custom Quests. That's the idea of this part of the project.

The initial idea is to have a library of character parts to combine, and the editor will allow the user to combine this parts and maybe change colors, to be able to create unique characters for your Quests.

I'm not working alone in this "side" project during the Endless Orange Week, Simon Schampijer and Joana Filizola will be working on this too, so this is a big task but we've a great team. Let's see how far we are able to go during just one week.

This is just a project to try to keep alive more time the Hack application, without a lot of effort or a whole team behind it. We are not able to put more content there periodically, so if there's a way to create new content easily and (maybe in the future) a way to publish, it'll be possible to create a community around the project.

And we have also new possibilities, in the near future, we can add some Hack content to the Endless Key, and using the Ink language, so this editor could help to bring more content there easily.

And the final piece, the Character editor, could be an independent application, a nice simple application that could be used to create your character for your profile photo, or to generate random character pics.